Shropshire is home to over 30 castles and ruins, all of which have a great legacy and historical significance due to their proximity to the Welsh border. Some stand strong and proud, such as Stokesay Castle, one of England’s finest and best-preserved fortified medieval manor houses. Others, however, lie in varying degrees of ruin throughout the county. Check out our top 4 castle ruins that are free to visit in Shropshire, each with its own story.

Whittington Castle has an extensive history dating back to 1090-1100, when it was a simple timber motte and bailey castle. Historians have questioned why this location was chosen for a castle, as there are no natural features useful for its defence, such as altitude on a hill or rivers around. It was eventually discovered that the marshlands around the Castle were particularly treacherous, and the landscape was used to create earthworks for greater protection. In 1223 the Castle was besieged by the Welsh leader Llewelyn the Great and was one of several border castles to be given to Llewelyn Prince of Wales in 1265. The Castle was attacked with cannon-fire by the Parliamentarians during the Civil War in 1644 due to its loyalty to the Royalists. No restoration work was undertaken following the destruction during the war, and the inner bailey has been uninhabited ever since. The Castle is now owned and run by the local community of Whittington. It is a great day out where you can enjoy a walk around the ruins, feed the ducks in the lake and enjoy a snack in the tearoom. The Castle also provides paranormal vigils and is a site for historical re-enactments that are great fun for all the family. Check out the virtual tour on Travel Cult.

Set on the meandering Clun river in the town of the same name, Clun Castle is set on top of a large rocky mound overlooking South Shropshire. It was originally a motte and bailey castle built shortly after the Norman Conquest to demonstrate English monarchy authority due to its proximity to Wales. Managed by the Fitzalan family, the Castle and nearby settlement prospered in the 13th century. However, it suffered several attacks from the Welsh. In 1196 The Lord Rhys, Prince of South Wales, captured the Castle and burnt it down. Later the Castle withstood a siege by Llewellyn of Wales in 1233. In the 14th century, it was used as a hunting lodge. However, with a lack of maintenance and repair and following Owain Glyn Dwr’s followers devastating the area in the 15th century, the region’s prosperity ended. It was reported ruinous by 1539. Whilst there is not much left of the actual Castle, it provides some excellent views over Shropshire. The Castle hosts the annual Green Man festival on the first weekend in May each year and the Clun carnival each August.

Hopton Castle was originally a Norman motte and bailey fort built in the late 12th century when this area was part of the Welsh Marshes, a borderland between England and Wales. It was built to protect the area from Welsh invaders. It sits at the bottom of the valley, along the meandering Clun river, with very little defensive power. The Castle was featured in the Time Team series and visited by Tony Robinson due to its fame for ‘The Massacre in the Cellar’, where 30 Parliamentarian soldiers were besieged and slaughtered by 500 Royalist soldiers during the English civil war in 1644. The Parliamentarian soldiers had to surrender after a gruelling 2-week fight and expected to be treated honourably as prisoners of war. However, they are said to have had their hands cut off and then stoned or drowned in a ditch. The old steward is said to have been offered the kinder option of having his throat cut whilst sitting in a chair. The Castle remains haunted by the ghosts of these men. ‘Hopton Quarter’ was a term that came about following this to describe the treacherous treatment of an opponent. There are some great walks in the surrounding area, through the valley and up into the forest, with some excellent mountain bike trails.

In rural Shropshire, not far from Shrewsbury, hidden away lies Acton Burnell Castle, a red sandstone fortified manor house. Built between 1284 and 1293 by Robert Burnell, having acquired a licence from the king to strengthen his residence, the Castle had little to do with battle and more to do with image and status. Robert Burnell worked as a clerk for Henry III’s son Prince Edward. When Prince Edward became King Edward I in 1272, Robert rose to become chancellor of England and Bishop of Bath and Wells. The king would often stay at Acton Burnell when visiting Shropshire during his military campaigns in Wales. In 1283 he held a parliament in the tithe barn (which still exists today), where commoners were represented for the first time in history. The site was abandoned by 1420 and has fallen to ruin ever since. A new house, Acton Burnell Hall, now a private school, was built next to the Castle in the 18th century. A great place to visit whilst on a day out walking the Shropshire Hills.

Janire Denny-Arzalluz blogs at The Travel Cult and travels extensively around the world and in the UK. She lives in Shropshire and loves to share local gems to inspire others to visit. 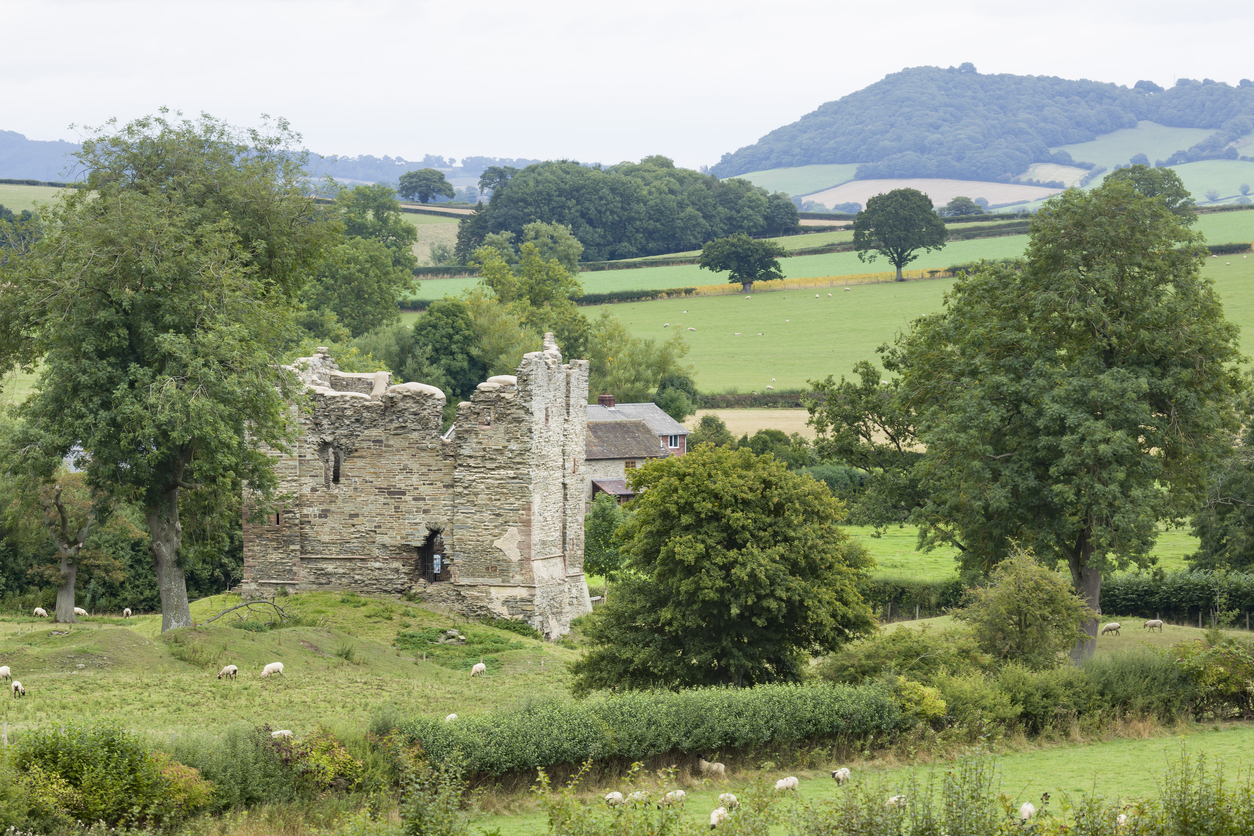