The indie band, Bastille, is coming to Ludlow Castle

English indie outfit Bastille blends the perfect mix of 80s synth pop and joyful indie choruses to create a catalogue of hits which have launched them into a global success. And, leading the way with their number one, certified triple platinum selling debut album, which features a host of huge singles, including contagiously catchy ‘Pompeii’, the blissfully upbeat ‘Flaws’ and anthemic title track ‘Bad Blood.

Following its release in 2013, Bastille will be heading out to celebrate the 10th anniversary of their smash debut album, stopping off within the stunning grounds of magnificent Medieval Ludlow Castle.

Successfully emerging as one of the biggest indie acts across the last decade, Bastille’s crowd-pleasing, impressive collection spans four studio albums with big hitters ‘Happier’, ‘Good Grief’ and ‘Run Into Trouble’. The band will bring an unmissable and unforgettable show to Ludlow next summer.

Since launching to meteoritic success, Bastille has firmly cemented itself as a live force and one of the world’s most captivating live bands. A regular across arenas and festival performances worldwide, notably storming Boardmasters, Reading and Leeds and headlining Kendal Calling earlier this year, solidifying themselves as fan and festival favourites globally.

Set in the stunning medieval grandeur of Ludlow Castle, located in a beautiful town steeped in history, Ludlow Castle is the perfect location to catch what will be a unique and awe-inspiring event. Ludlow Castle homes the fascinating story of siege and conflict from the 11th century. Next July will welcome the chance to catch a new piece of history as the venue hosts world-class artists within the grounds of this unique heritage site.

“We are excited to be working with Futuresound to bring this event to our wonderful Castle, we are certain it will provide a brilliant backdrop for what is sure to be a great night of music. It goes without saying that this is wonderful for Ludlow and the income it will generate for local businesses”.

Details and where to get tickets

Residents of Ludlow and surrounding areas with postcodes SY7, SY8 & HR6 will have access to an exclusive 48-hour priority pre-sale from 10 am Wednesday, 2nd November via this link

General admission tickets go on sale at 10am Friday 4th November via seetickets.com 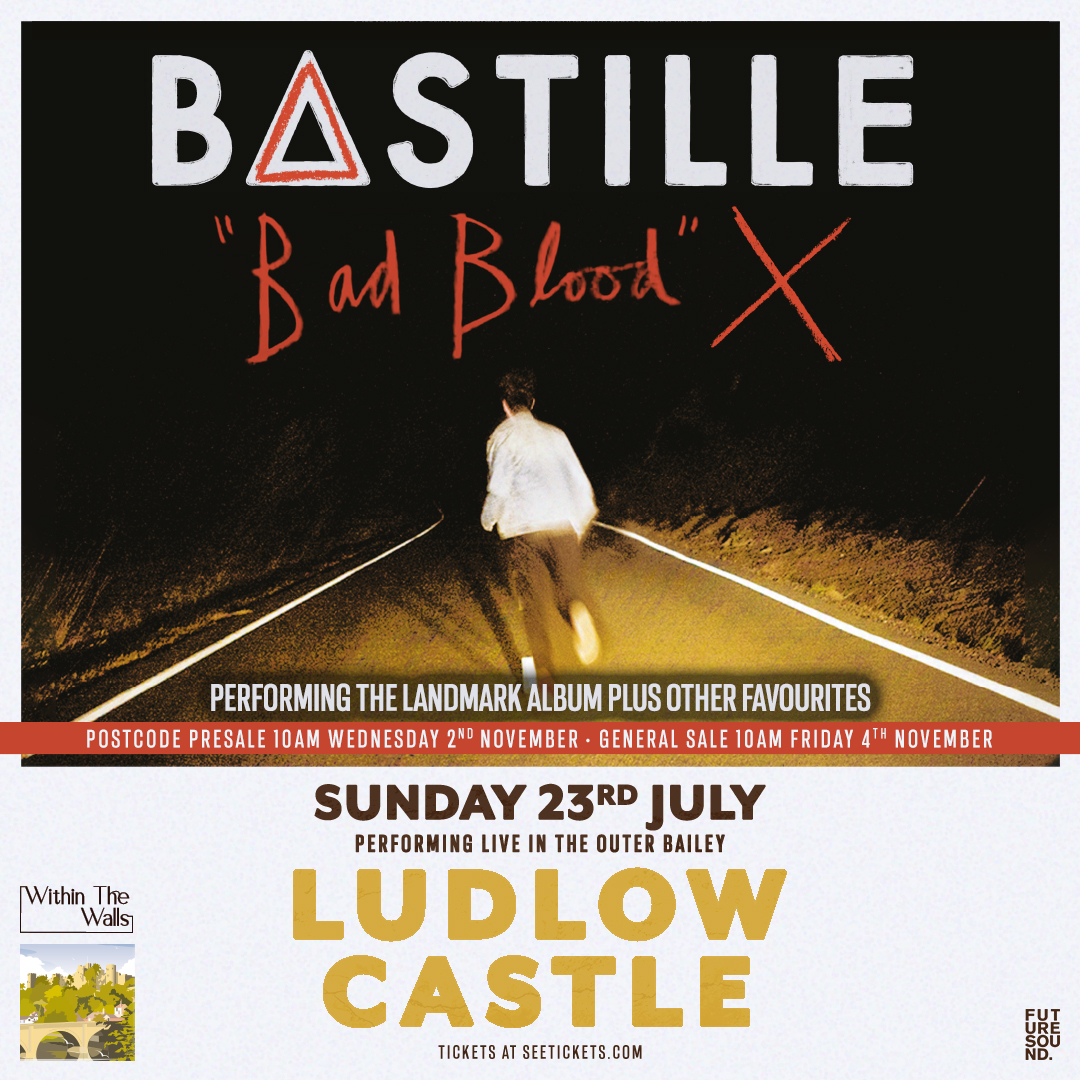